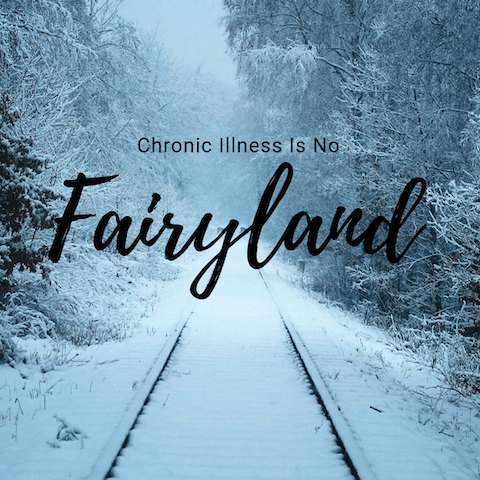 My nerves were a little obvious as I boarded the train. It was my first time traveling alone, without having the privacy of a sleeping car. The day was going to be a tough one. It was going to be a day that would take a ton of physical stamina and all my ability to fake “feeling good”.

Finding my seat on the dark train wasn’t hard, because there were plenty of empty seats, so I got two to myself. I was so relieved that I wouldn’t have to talk to a stranger. I only had one hour to sit on the train in this very early trip. Why on earth had I scheduled this appointment so early, when there wasn’t any way for my husband to drive me. I’m thankful that at least I didn’t have to cancel it. So, I was on my way.
The first part of the trip was so dark outside, but I strained to look for any lights. I saw a few pole security lights on dark side roads and even a few homes with Christmas lights still shining. As the early morning light began to fill the sky, I was excited to see that there was quite a covering of snow. Now, I really strained to see out the window. It was one of the most beautiful sights in nature that I have ever seen.
The snow had covered everything and each tree branch had a perfect snow covering. What made it look like a fairyland was the white fog that was so thick. You could barely see through the fog, and what was seen was an untouched layer of white stuff. I’m never up at such horribly early hours, so now I know what I’ve been missing. Only seeing it from a train, as we zoomed through the woods and country, it looked more breathtaking.
My dream-world was soon over as the train stopped at my destination city. Now, there was another “first” I had to conquer. It was the first time I had to call a taxi and ride alone. I stood on the sidewalk next to the quaint train station and waited as the taxi was going to make me late for my appointment. I prayed that it would arrive, and it did, with only a few minutes to spare.
Checking in at the doctor’s office, I soon realized that my focus needed to be on me. The cardiologist nurse practitioner seemed very nice and discussed everything with me. My short EKG was normal, but she wants to find out if there is anything to my shortness of breath and chest pain. I’ll be back next week for an ECHO, because of my Ehlers Danlos Syndrome. If the ECHO is normal, she’ll have me do a stress test (and possibly another heart monitor). They’ll take it one step at a time.
There were over 4 hours between appointments, so I had to find something to do. I didn’t want to get another taxi, so I just stayed in the medical complex and tried to find some food. I bought a terrible egg sandwich and lousy latte. There was still too much time to kill, and only hard, uncomfortable chairs to sit in. There wasn’t any quiet place to chill and think through what was happening. I don’t do well in small rooms stuffed full of people that are loud and often rude.
I tried my best to tune out the noise and togetherness. I made a list of any questions that I needed to ask the rheumatologist. Finally, it was my appointment time. All my questions were asked, and the answers were the same as always. There wasn’t much they could do. In fact, there was nothing new to help me with the fatigue and pain. She ordered more bloodwork to see if anything had gotten worse. She asked again about my thyroid, and made sure to order another TSH test.
I was so exhausted when the bloodwork was complete. Thankfully, my husband was there to pick me up and we headed home. It was wonderful to be back in our car, together. There was a sense of relief and no need to fake feeling fine. There was no longer a need to focus, which has become a tough act for me.
A life of chronic illness brings the stress of doctor’s appointments. It’s hard to come across in a way that truly represents how your symptoms affect your life, and yet, not be a whiner. There’s a balance between showing that you’re an educated, knowledgable, and stable patient and a patient who suffers and needs help. Today, I think that was accomplished with both doctors, but I’m drained from the experiences.
Now, it’s time to rest until next week.
@2019, copyright Lisa Ehrman
Disclaimer: I’m not a medical expert. No part of this post is intended for medical advice. If you have medical concerns, please consult your personal physician.