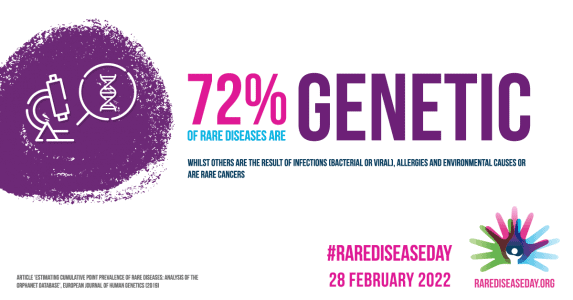 Every year I love raising awareness for rare diseases on Rare Disease Day. Rare diseases affect 5% of the world’s population and there are 6000+ identified rare diseases. I have a rare disease, do you?

I have Mycosis Fungoides, which is one type of Cutaneous T-Cell Lymphoma. I won’t be fully diagnosed with CTCL until it covers 10% of my body. But because it’s there, I’m undergoing phototherapy to try to prevent it from reaching that percentage.

Cutaneous T-cell lymphomas are a group of disorders characterized by abnormal accumulation of malignant T-cells in the skin potentially resulting in the development of rashes, plaques and tumors. CTCLs belong to a larger group of disorders known as non-Hodgkin’s lymphomas, which are related malignancies that affect the lymphatic system.

I have a rare disease called Ehlers Danlos Syndrome. I have Hypermobility type. I was diagnosed by a geneticist at University of Virginia hospital.

hEDS (formerly EDSIII) comes with a defined set of complications to be managed but is generally a less severe form of the syndrome. For example, aortic root dilation is usually minimal and does not significantly increase the risk for dissections. The major complications to patients with hEDS are musculoskeletal in nature. Frequent joint dislocation and degenerative joint disease are common and associated with a baseline chronic pain, which affects both physical and psychological wellbeing. Problems with the autonomic nervous system, responsible for regulating body functions and the fight-or-flight response, are common. For example, patients often experience orthostatic intolerance, significant lightheadedness on standing, due to a slowed response by their circulatory system to compensation against blood pressure and flow changes with shifts in body position. Bowel disorders are also more common with this condition, especially functional dyspepsia (indigestion), and irritable bowel syndrome. Patients with EDS hypermobility type have also frequently reported psychological impairment and mood problems. (rarediseases.org)

Having a rare disease is more difficult than for a common disease. Rare diseases aren’t studied thoroughly in medical school and many doctors don’t know much about them. Many doctors won’t even consider looking for a rare disease when a patient comes in with symptoms. In my case, I suffered needlessly for over a decade because my doctor dismissed my symptoms.

I became weaker and more ill because of the delay in finding a diagnosis. I had to go to numerous doctors before one of them would say, “let’s do some testing and find out what’s wrong with you.”

With the first diagnosis, many more were to soon follow. I wasn’t looking to have diseases (especially rare ones), but it is what it is. I’m thankful to know what’s wrong with me. That’s the only way to get proper treatment. Many diseases that are rare have few, if any, treatments. They don’t get the research money needed to find cures or treatments.

When chronically ill people spread awareness of Rare Disease Day it helps groups to raise money for research. There are many events on Rare Disease Day for this purpose. If you have a rare disease, I would love to hear what you’re dealing with and how you were diagnosed.

Disclaimer: I’m not a medical expert. This post contains my experiences and opinions and is not meant to be taken as medical advice. If you have a medical concern, please consult your personal physician.