Scoliosis causes me pain every day. Having my spine shaped in a curve that looks like an S has made my life very different. Although I only have a “mild” curve, my body doesn’t care. Having scoliosis has caused me ongoing and progressively worsening pain since I was 17 years old. Now, 50 years later, this has been the worst condition that I’ve dealt with.

If you’ve followed me here for very long, you know that I have many diseases and disorders. If you ranked them from most serious to least serious, I wouldn’t put my scoliosis high on the list. But, if I were to list them in order of the most painful, it would need to be the highest.

If you suffer back pain, you know that it affects your entire body. If your back hurts, you hurt in a miserable way. Because scoliosis is a progressive disease it can make your misery grow each year. Scoliosis means that your spine is curved in an abnormal way. Some curves are s-shaped and some are c-shaped.

My spine is s-shaped. I also have a neck that lost it’s natural curve and appears straight on x-rays. My lower back has an extreme lordosis curve (very sway-backed) which causes severe pain when I stand up. The center of my s-curve hits me at the level where my bra connects in the back. Sitting up straight is unbearably painful and the reason why I need to sit in a reclining position to stop that pain.

Scoliosis affects more girls than boys and is most often discovered around puberty. Screening for scoliosis should happen during medical check-ups and is often conducted at schools. My school didn’t offer screening and I was only diagnosed with scoliosis at almost 16 years old.

In the 1970’s mild scoliosis was treated with a back brace, which was to be worn during the time that the bones were continuing to grow. At age 16, it was around the time for growth to have stopped. The doctors told me that my curve was caught very late in the window of treatment. They put me in a Milwaukee Brace anyway and hoped that there would be enough time left to fix my curve.

Wearing the Milwaukee Brace was excruciating! The first few weeks I was put on pain-killers which sedated me. Without that the pain was unbearable and all I could do was cry. The brace included metal that went around my neck. The brace created open wounds on my neck and around my waist. Over the almost two years that I wore the brace, I dealt with the burning pain of these wounds.

The emotional anguish of this horrible looking brace was also scarring. During the high school years, my social life was non-existent. I became more introverted and stayed home. The brace was ugly and couldn’t be hidden under my clothing. I lost too much weight, because the less I ate the more loose the brace became. This alleviated some of the pain and severity of the wounds.

At 16 1/2 it was obvious that my curve had not been corrected, so the doctors left it on a while longer. At age 17, the bracing was stopped. My curve was a little better, but not fixed. The brace had held my back upright, but without it the curve brought more and more pain.

I wasn’t given any advice or counsel on what to do next. Doctors never told me about what my life would be like after the bracing basically failed. I was a budding musician who practiced the piano and flute upwards of 4 hours each day. This made my spine hurt, but no one gave me any advice. I continued with that career path, hurting myself more and more.

Naive and maybe just stupid, I continued playing the piano until my 30’s when the pain was no longer anything that I could live with. I regret that. From then on, I’ve tried everything. OTC pain meds continue until this day. They have caused kidney damage. I use ice, heat, tens units, creams, rest, muscle relaxers, and went to the chiropractor for 25 years. Now, I’m just stuck with pain, unless I get surgery.

One of the worst things about scoliosis is that no one listens. When I talk to doctors, they just say nothing to help. Most of them let me know that my spine is not that bad. Friends and family aren’t concerned. I’ve even had other scoliosis patients tell me that they don’t have pain from their scoliosis.

Scoliosis can cause: uneven body, headaches, back pain, shortness of breath, digestive problems, menstrual cycle problems, leg, hip, and knee pain, chronic fatigue, mood swings, and osteoporosis. 80% of cases are idiopathic. This means that no cause is found. Cases can be genetic. I had two second cousins who had severe scoliosis.

Many scoliosis patients have surgery, but most do not. Those who have surgery as children (that I know personally) have a very good outcome. The Milwaukee brace is not used today, but has been replaced by the Boston brace. It is much lighter and less noticeable under clothing. There is also a Charleston brace used only for night time wearing.

I strongly encourage everyone to have their children screened every year at the school or medical appointment. The earliest diagnosis could possibly bring the least invasive treatment. I also wish that we all would be kind and sympathetic to those who are diagnosed with this awful condition. A lifetime of chronic pain is a serious and devastating problem for those of us with scoliosis. Awareness is so important. Better treatments need to be found, especially for adult pain. 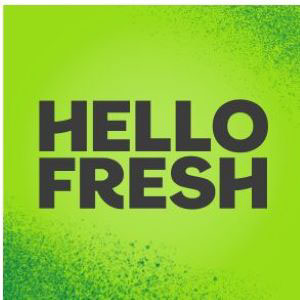